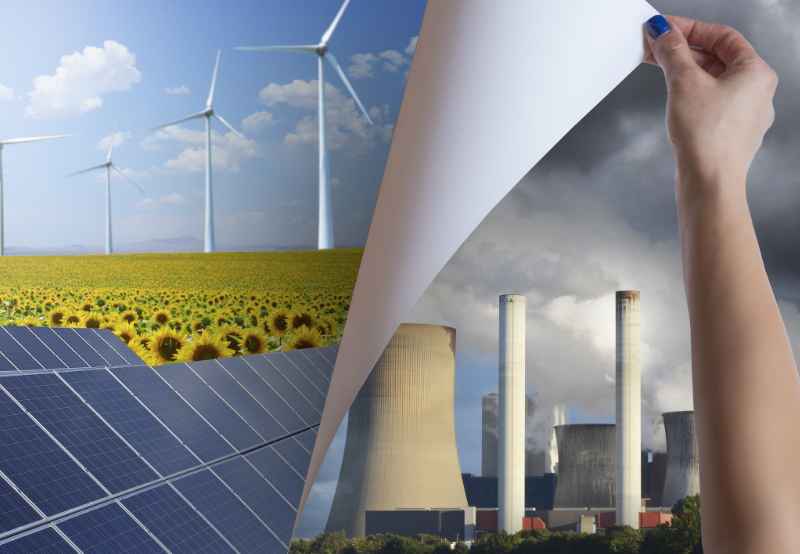 Maharashtra Electricity Regulatory Commission (MERC) has allowed Adani Electricity Mumbai (AEML) to procure 1,000 MW of renewable power bundled with thermal (500 MW plus an additional 500 MW under the green shoe option). The Commission added a caveat that the green shoe option can be exercised only if there is no further extension of 500 MW supply from Adani Dahanu Thermal Power Station once the proposed procurement process starts after October 2024.

The Commission’s ruling came as a response to AEML’s petition, which had sought permission to procure 1,000 MW of power from grid-connected renewable energy projects, complemented with power from coal-based power projects on a round-the-clock (RTC) basis.

AEML in its petition said that its current dependency on short-term power procurement to meet its future Renewable Purchase Obligations (RPOs) is not sustainable and could lead to volatile tariffs for its consumers.

The Mumbai-based Adani DISCOM petitioned that it would like to procure the requested power to ensure RTC supply for its consumers. It further added that renewable power projects will take up to 24 months for commercial operation and thermal projects up to 48 to 56 months for commissioning the required generation units.

To manage the power deficit during that time, AEML had sought permission from the Commission for an extension of its power purchase agreement (PPA) with Adani Dahanu Thermal Power Station (ADTPS) from which it sources 500 MW. The existing PPA is set to expire in February 2023.

AEML in its petition also requested the Commission to consider limiting the PPA term for its tender to 10 years instead of the usual 25 years as it wishes to explore other evolving technologies to procure power at competitive rates for its consumers.

The Commission after hearing petitions allowed the extension of AEML’s existing PPA with ADTPS until October 15, 2024, or the actual commissioning of the successful bidder’s projects, whichever is earlier.

The Commission allowed AEML to procure 1,000 MW of power (500 MW plus an additional 500 MW under the green shoe option) for the long term. This is to be allowed given the condition that the 500 MW green shoe option would be only exercised if there is no further extension of PPA with the Dahanu Thermal Power Station, once the power flow from the proposed procurement process commences after October 2024.

The Commission further added that after the discovery of tariff under the competitive bidding, AEML must take approval from the Commission before exercising the green shoe option under the proposed procurement.

It is directed that the renewable power procured by Adani DISCOM from the renewable energy projects will be counted towards its RPO targets for the respective periods.

Further, the Commission denied AEML’s request for modification of the bid document from the guidelines issued by the Power Ministry concerning the escalation factor for procuring coal power and evaluating bids at the first-year quoted tariff.

The Commission said that Central Electricity Regulatory Commissions’ (CERC) formula covers 12 years of coal prices while AEML’s contention of variation is measured over only 24 months. Similarly, the Commission said that AEML’s contention to allow the weighted average first-year tariff for selecting the lowest bidder was in contrast with the weighted average levelized tariff in the guidelines and couldn’t be justified.

Additionally, the order said that since the standard bid document for the long-term procurement of electricity on an RTC basis isn’t available for grid-connected renewable power projects complemented with power from any other source, AEML must provide the assessment of the impact of these clauses on the discovered tariff and justify them. The Commission would then take a view on the adoption of tariffs in comparison with tariffs discovered in SECI tenders.

The commission said that AEML bid documents should incorporate the amendments brought in the guidelines whereby the availability requirement to be fulfilled by the RTC generator of 85% has been revised to 90%. Also, the clause related to the “first right of refusal” has been included.

The Commission accepted AEML’s request that the PPA term should be limited to ten years as it agreed with the contention that procuring non-renewable power from older plants will be less expensive due to depreciated assets. It also agreed that for renewable energy, the future is likely to bring better technologies that will drive down the tariff, and hence a ten-year PPA was suitable for the consumers.

Subscribe to our real-time regulatory updates to ensure that you never miss any critical updates from the renewable energy industry.

Sumit Jha is the Assistant Managing Editor at Mercom India. Prior to Mercom, Sumit worked as a journalist for over a decade, covering the energy sector for Reuters, CNBC-TV18, Bloomberg TV India, and Financial Express, among others. Sumit holds a diploma in print journalism from the Indian Institute of Mass Communication, Delhi, and a Bachelor of Engineering (B.E) from Manipal Institute of Technology.More articles from Sumit Jha
Sumit Jha

Sumit Jha is the Assistant Managing Editor at Mercom India. Prior to Mercom, Sumit worked as a journalist for over a decade, covering the energy sector for Reuters, CNBC-TV18, Bloomberg TV India, and Financial Express, among others. Sumit holds a diploma in print journalism from the Indian Institute of Mass Communication, Delhi, and a Bachelor of Engineering (B.E) from Manipal Institute of Technology.More articles from Sumit Jha