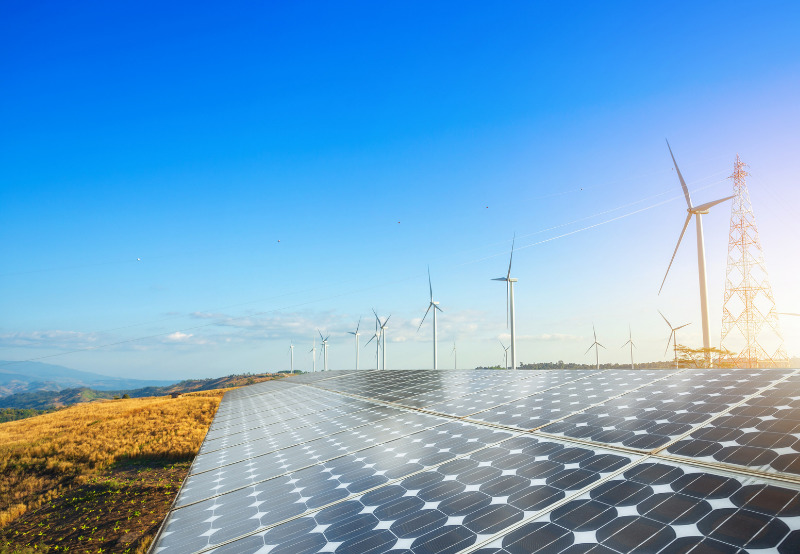 The Indian renewable energy (RE) market is one of the most attractive destinations for foreign investors. According to the 2020 Climate Transparency report, India is the only G20 nation on track to meet its climate targets per the Paris Agreement. Earlier this month, the country crossed 150 GW of renewable energy capacity, including hydro.

India aims to become a net-zero economy by 2070 and has set a target of installing a non-fossil energy capacity of 500 GW by 2030, Prime Minister Narendra Modi said at the COP26 Summit in Glasgow, Scotland.

The country’s transition towards a net-zero economy can contribute over $1 trillion by 2030 and $15 trillion in economic impact, the World Economic Forum said in a report.

Mercom spoke to foreign investors to understand their perspective on the Indian renewable energy market, policy-related concerns, and investment targets.

India has an advantage in tapping into foreign ESG funds due to its clear renewable energy targets and increasing power demand. Indian corporates are also setting targets to become carbon neutral and raising ESG-linked funds to meet them.

However, India has to remove several policy bottlenecks to attract foreign ESG funding on a bigger scale and enhance the renewable energy sector’s growth.

He referred to India’s target of achieving 500 GW of installed renewable energy capacity by 2030 and said, “This gigantic scale-up will undoubtedly need a lot of investment. These investments will come in for the established technologies like solar, wind, hydropower and emerging technologies like energy storage and Green Hydrogen.”

A senior executive of a Canada-based institutional investor concurred.  “Our perspective about India’s renewable energy market is very bullish. Corporates are also looking to become carbon neutral. This will open up new opportunities for investments related to the energy transition.”

Shantanu Srivastava, a Financial Analyst at Institute for Energy Economics and Financial Analysis (IEEFA), said, “India has done very well attracting foreign capital, be it through M&A, green bonds, joint ventures, or InvITs. In the first seven months of the financial year 2021-22, India has attracted $14.2 billion of investment in the renewable energy sector, most of which is from foreign lenders. Green bond issuances by Indian players have also been met with high demand from global investors.”

Addressing the Mercom India Solar Forum 2021, Raj Prabhu, Chief Executive Officer of Mercom Capital, said trillions are being invested worldwide in the renewable energy sector. India would be an attractive market as it has clear goals for solar capacity additions, and the market’s continuous growth in the past decade will also strengthen investors’ trust. However, India needs to have clear execution plans, long-term policy stability, and financial infrastructure to attract foreign investment at a much higher scale for rapid market expansion.

While the growth targets are in place, the complementary policy push to attract higher levels of foreign funding is lacking. The market faces new policy-related issues periodically, and authorities take a long time to resolve them. The financial health of the distribution companies (DISCOMs), sanctity of contracts, and payment-related uncertainties, for example, pose significant barriers to attracting foreign investments.

According to data released by the Ministry of Power, DISCOMs owed ₹200.85 billion (~$2.67 billion) to renewable energy generators (excluding disputed amounts) in overdue payments at the end of November 2021.

One worry from an investment standpoint is that the power sector is a subject under the Concurrent List of the Indian Constitution. There is often conflict regarding regulations, with the federal government and the state governments having separate jurisdiction.

Varshney said, “The uncertainty surrounding regulation brings a lot of risks to be factored. The financial health of DISCOMs, payment uncertainties, curtailments, lack of time of the day tariff, and bundling of carriage and content are further barriers. This uncertainty hinders decision-making in corporate boardrooms.”

A senior executive of an overseas institutional investor said the primary concern for investors is whether the state DISCOMs will continue to honor the power purchase agreements (PPA) signed for renewable energy projects. Recently, the Punjab state government passed a bill to revise PPAs and reduce renewable energy tariffs. In the past, Gujarat also scrapped solar auctions to discover low tariffs. Policy changes dictated by political interest are a major worry for foreign investors.

Echoing similar thoughts, Saurabh Trivedi, Research Analyst at IEEFA, said, “sanctity of PPAs and health of DISCOMs remain a major concern despite several reforms in the past. In addition, transmission and distribution infrastructure is a constraint in a few high potential states.”

India requires significant financial investments from the government and the private sector to achieve its ambitious renewable energy targets.

According to Mercom’s Q3 2021 India Solar Market Update, the large-scale solar project development pipeline in India stood at 53.5 GW, with 25 GW of projects tendered and pending auction at the end of Q3 2021

Statkraft’s Varshney said the company has a portfolio of 500 MW across solar and hydropower. “We are executing a 150 MW hydropower project in Himachal Pradesh, which will be commissioned in 2022. Solar projects with 150 MW capacity are in various stages of development. We intend to scale up our presence in India and have a strong appetite for which we will further develop and build projects while evaluating market opportunities for inorganic growth.”

Commenting on the company’s future investment targets in India, a senior executive of a Canada-based institutional investor said, “We are comfortable with solar and wind and will look to foray into other renewable energy sources.”