Month in a Minute: Top Headlines from Indian Renewable Sector in October 2022 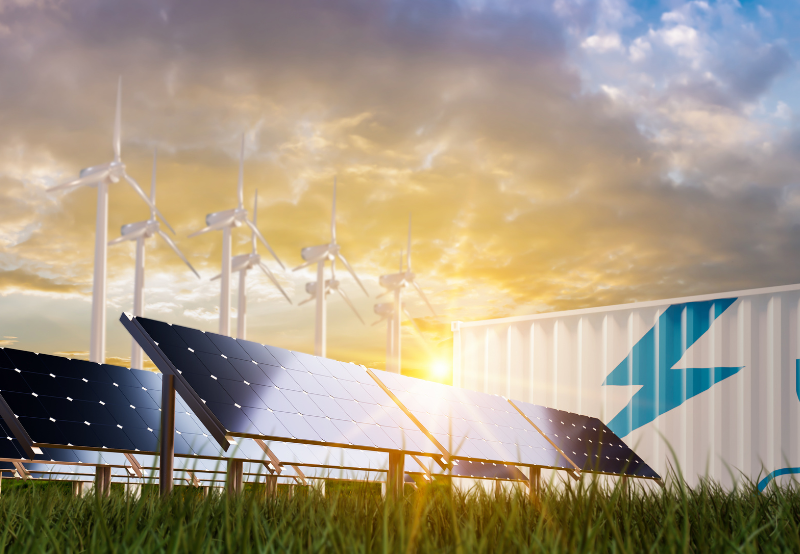 Here is a recap of some of the most important headlines from October 2022:

India’s installed renewable energy capacity, including large hydro projects, stood at 163.7 GW, accounting for a 40.3% share of the overall power capacity mix at the end of the third quarter (Q3) of the calendar year (CY) 2022, according to data from the Central Electricity Authority, Ministry of New and Renewable Energy, and Mercom’s India Solar Project Tracker. Among renewables, solar continued to dominate, with 14.7% of the total installed power capacity and 36.4% of the renewable capacity. Solar made up 35.4% of the renewable capacity in the previous quarter.

India has added over 50 GW of utility-scale solar capacity as of August 2022, just 9.7 GW shy of meeting the government-set target of installing 60 GW by 2022, according to Mercom’s India Solar Project Tracker. Large-scale solar installations account for a significant share of the overall installations in the country, comprising approximately 86% of the total solar installations.

Uttar Pradesh, in its new Electric Vehicle Manufacturing and Mobility Policy, offered to provide a 30% base capital subsidy for the first two integrated electric vehicles (EV) and ultra-mega battery projects up to a maximum of ₹10 billion (~$121.43 million). The minimum investment to set up a manufacturing plant must be ₹15 billion (~$182.14 million), and the minimum production capacity must be 1 GWh. The capital investment subsidy will be provided for 20 years in equal annual installments. The policy will be valid for five years.

Chandigarh has targeted 70% of all new vehicle registrations in the Union Territory to be electric vehicles (EVs) in the next five years under its new EV policy. Chandigarh intends to leverage the city’s cycling track infrastructure to promote electric bicycle usage to replace two- and four-wheelers, especially for short trips. The UT also aims to harness renewable energy sources for charging EVs. The policy will be valid for five years from September 2022. As per the recently issued Chandigarh Electric Vehicle Policy 2022, the UT plans to establish itself as a ‘Model EV City’ by achieving one of the highest penetrations of zero-emission vehicles amongst all Indian cities.

Indian wind turbine maker Suzlon raised ₹12 billion (~$145.80 million) through a rights issue of 2.4 billion partly paid-up equity shares. The issue was oversubscribed 1.8 times. The equity shares with a face value of ₹2 (~$0.024) were priced at ₹5 (~$0.060), comprising a premium of ₹3 (~$0.036) for every 21 paid-up equity shares held by the eligible equity shareholders. Suzlon announced the rights issue earlier this month. The company said the issue resulted in a subscription of 4.35 billion shares.

Indian solar module manufacturer Waaree Energies raised ₹10 billion (~$121.45 million) from various high-net-worth individuals and private offices. The proceeds will be used to expand Waaree’s manufacturing facility in India from 5 GW to 9 GW for solar modules. A capacity of 4 GW is expected to be operational by January 2023. Waaree also has plans for backward integration in manufacturing solar cells with a capacity of 5.4 GW.

Carbon credits and sustainability solutions firm EKI Energy Services launched a ₹10 billion (~$121.45 million) Climate Impact Fund in partnership with Impact Capital Asset Management. The fund will be used to develop climate change mitigation projects focusing on community development across remote locations in India. EKI will invest up to ₹2 billion (~$24.29 million) in a phased manner to empower greenhouse gas mitigation projects across the country. ICAM will raise the balance corpus from institutional investors and manage the fund.