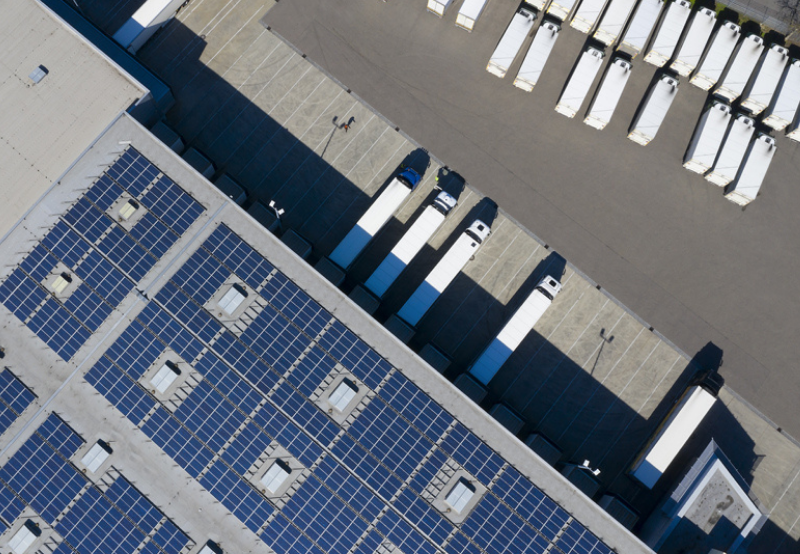 The Ministry of Food Processing Industries claims that India produces more than 400 million metric tons of perishables annually. This includes horticultural produce, dairy, meat, poultry, and fish. However, the lack of adequate and efficient cold chain infrastructure is why there is a high rate of spoilage in perishables in India.

Horticultural and floricultural produce requires a cooling temperature between 0°C and 15°C for safe storage and transportation. However, the spoilage rate is increasing because of the lack of farm-level cold storage.

Grid resilient cold chain solutions are necessary for India, one of the largest producers of milk, vegetables, fruits, flowers, fish, and eggs. Cold storage facilities also have one of the highest electric energy consumption rates in the commercial building sector and need a more efficient and cost-effective cold room solution.

“Cold storage can also reduce grid-dependency as stored solar energy will be used cooling during non-solar hours. These systems can be switched over to grid electricity if thermal energy storage depletes below the minimum,” the executive said.

Solar cold rooms are modular, and multiple units can be integrated to increase capacity. They are also portable. “These storage units can be moved from one place to the other, as these containerized units are quickly deployable and require minimal civil work at the site,” the executive said.

These systems can be configured to operate in the temperature range of 0 to 20 °C. They can be used to preserve fruits, vegetables, flowers, and eggs. “We can also customize the solar cold storage rooms for long-term storage of grain, pulses, and millets.”

The executive explained how solar plus thermal energy storage work: “Our cold storage primarily runs on power generated from solar power, and it can be switched to the grid during cloudy days. During sunshine hours, the electricity generated from solar modules is used to provide cooling through a vapor-compression refrigeration cycle to cool a cold room and store cooling energy in a thermal energy storage system.”

“In the thermal storage system, the energy is stored in phase change material such as water or water salt eutectic mixture and transferred to the cold storage unit depending on the user’s needs. When solar power is unavailable, the cooling needs are met through the stored thermal energy storage system. Solar power and thermal energy storage backup eliminate the grid and diesel generator dependency.”

According to industry insiders, the cost of a five metric ton solar-powered cold storage unit ranges from ₹1.20 million (~$15,175) to ₹1.50 million (~$18,969). The units come with a polycrystalline solar panel array of 5 kW atop. “If a customer wishes to buy a unit with energy storage, we provide phase-change-material-based thermal energy storage. The thermal energy storage system can provide cooling backup for up to 30 hours,” the executive from the Gujarat firm said.

Switching to solar a wise decision?

The manager of an Uttar Pradesh-based cold storage warehousing company said his firm’s power bills have halved. The company’s cold storage has a 7,000 metric ton capacity and is used to store potatoes.

“Our average daily power requirement would range from 320 kWh to 600 kWh. The facility used to run on diesel generators for four to eight hours a day. We used to spend around ₹2.50 million (~$31,615) on our power needs, including power from the grid and diesel generators,” he said.

The company then turned to solar and installed a 100 kW rooftop solar system without battery storage on its premises.

“The system meets the partial load of our cold storage facility by providing sufficient power during the daytime. Annually, the system generates close to 450,000 kWh. Our power bill is now reduced to half of what it was. The estimated payback period for the rooftop solar system is four to five years.”

Haryana-based Lawrence Agro Storage is another in the cold storage business that has transitioned to solar. The company mainly deals in agricultural commodities, and cold storage rooms keep the produce fresh for a longer time. Director Ashish Gupta said once the company switched to solar with thermal energy storage, electricity bills dropped from ₹2.40 million (~$30,350) to around ₹900,000 (~$11,358) a month.

“The wastage of food can be curbed. This can be a great step to ensure food security in our nation,” Gupta added.