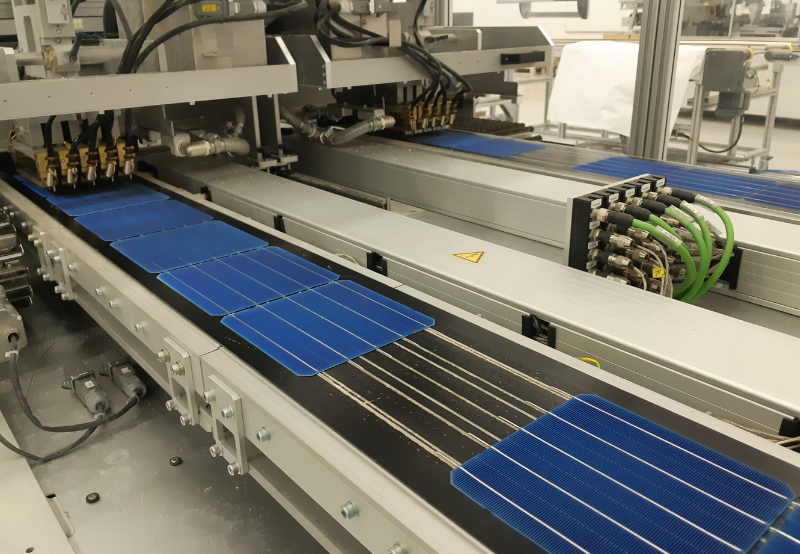 Enel North America intends to build an industrial-scale production facility in the U.S. to manufacture solar photovoltaic modules. The proposed facility is expected to have a minimum production capacity of 3 GW and possibly scale production to 6 GW annually. The facility is expected to be among the first in the United States to produce solar cells and will be built through its affiliate 3Sun USA. Enel is evaluating possible sites for the new factory and expects to begin construction in mid-2023. It’s anticipated that the first panels will be available to the market by the end of 2024.

African Development Bank approved an equity investment of $20 million in Evolution Fund III. The fund is a pan-African clean and sustainable energy private equity fund mobilizing about $400 million into renewable energy and resource-efficiency assets across sub-Saharan Africa over ten years. Inspired Evolution Investment Management is a well-established fund manager with more than 15 years of experience and a track record of deploying more than $310 million in renewable energy projects in African counties. The bank’s support will contribute to an additional 2,162 MW of installed renewable power generation capacity and 1.8 million tons of CO2 emission savings

Canadian Solar announced the commercial operation of its 100 MW Azuma Kofuji solar project in the Fukushima Prefecture of Japan. The Azuma Kofuji project is Canadian Solar’s largest project in Japan. The project is powered with Canadian Solar high-efficiency HiKu modules. The energy generated has been purchased by the Tohoku Electric Power Company at JPY36 (U$0.26)/kWh under Japan’s feed-in-tariff program for over 18 years. Azuma Kofuji is expected to produce 106,800 MWh of clean and reliable energy to power and avoid over 50,000 metric tons of CO2-equivalent emissions annually.

First Solar will supply an additional 4.9 GW of its thin-film photovoltaic solar modules to Intersect Power. Combined with a previously announced agreement for 2.4 GWC signed in July 2022, these transactions take Intersect Power’s total orders for First Solar modules this year to 7.3 GW. Of the 4.9 GW, the agreement to supply 1 GW was signed before First Solar’s Q3 2022 earnings call in October, while the agreement to supply the remaining 3.9 GWC was signed after the October earnings call. The orders placed by Intersect Power this year will see a combination of First Solar’s Series 6 Plus and Series 7 modules deployed in its solar, storage, and green hydrogen projects coming online across the United States from 2025 to 2029.

FIMER supplied 9 PVS-100 three-phase string inverters through its partners Main Solution and Evolvere for Vegitalia, a company operating in the food sector in Italy. The system’s total power is 999.18 kW with 2196 photovoltaic modules installed. The PVS-100/120-TL is FIMER’s cloud-connected three-phase string inverter solution for cost-efficient decentralized photovoltaic systems for both ground-mounted and rooftop applications. This high-power platform, with power ratings up to 120 kW, maximizes the return on investment for decentralized commercial and industrial solar projects.

Global Investment firm Carlyle launched Telis Energy, a newly created renewables platform to develop renewable energy projects, focusing on solar, in the UK, France, Spain, and Germany. Headquartered in London, Telis will develop and partner on high-quality renewable energy projects and seeks to play a significant role in the European energy transition, with a target project pipeline of more than 10 GW in place by 2030. Since December 2018, Carlyle has deployed approximately $1.2 billion globally into renewable assets, such as Solar and wind, as of September 30, 2022. In 2021, Carlyle launched Copia Power, a large-scale renewable development platform in the U.S., which will start construction on more than 1 GW of projects in 2023 and has accumulated a pipeline of more than 16 GW under development.