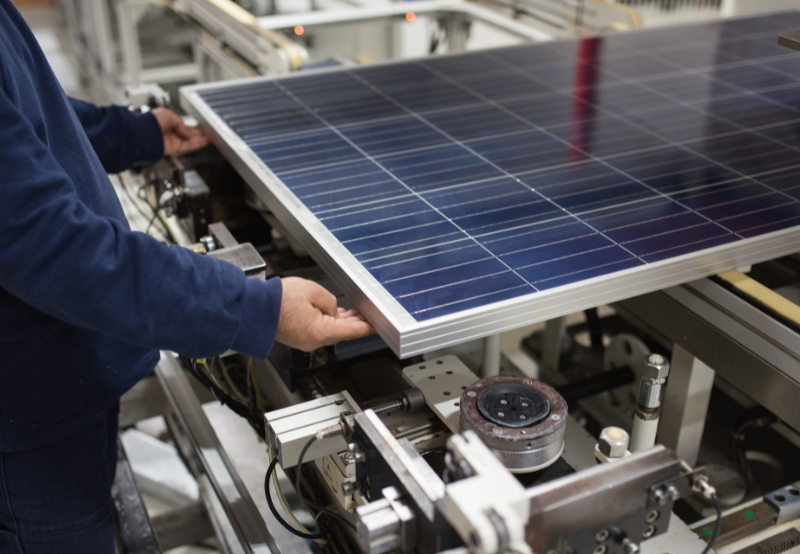 The proceeds will be used to expand Waaree’s manufacturing facility in India from 5 GW to 9 GW for solar modules. A capacity of 4 GW is expected to be operational by January 2023.

Waaree also has plans for backward integration in manufacturing solar cells with a capacity of 5.4 GW.

Commenting on this funding, Hitesh Mehta, Director & CFO, Waaree Energies, said, “Waaree Energies has always worked towards making India a solar-reliant country and has been in line with the Government’s Atmanirbhar Bharat and Make in India. In our efforts to revolutionize the solar manufacturing sector, we aim to further our manufacturing capacity and expand our offerings and ensure increased employment opportunities. We have been bullish about creating economically viable and easy-to-adopt solutions for our buyers. Our mission has always been to provide practical solutions to augment performance and be the frontrunners of the solar revolution globally.”

Waaree’s 600 Wp and 650 Wp modules are registered in the Ministry of New and Renewable Energy’s Approved List of Models and Manufacturers (ALMM).

Recently, Waaree and CubicPV entered into a multi-year supply agreement in which CubicPV will supply 1 GW of silicon cells to Waaree annually. The cells will feature wafers made with CubicPV’s technology, which produces wafers directly from a molten bath of silicon. The agreement strategically positions Waaree to capture industry growth by delivering a lower levelized cost of electricity to the Indian utility-scale market.

In May, Waaree Energies announced it received approval from the National Company Law Tribunal to acquire solar cell manufacturer Indosolar.

Earlier this year, the Securities and Exchange Board of India approved Waaree’s request for an initial public offering which included shares amounting to ₹13.5 billion (~$173.97 million) with an offer for sale of up to 4,007,500 equity shares by Waaree’s promoter and current shareholders. Of the total proceeds, the company was to use ₹9.1 billion (~$117.27 million) for its solar cell manufacturing facility and ₹1.41 billion (~$18.17 million) for a solar module facility.