The security and malfunction detections would be CCTV-monitored, which is a first for India 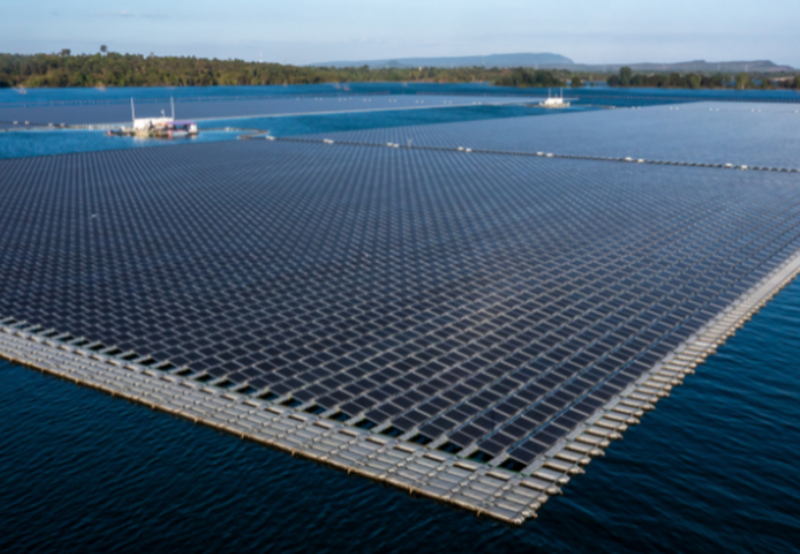 The project is across a 350-acre backwaters area and is part of NTPC’s 92 MW floating solar project.

Tata Power’s engineering, procurement, and construction (EPC) arm, with a team of 350 skilled personnel, dredged the soil strata underwater to complete the project. Despite hurdles like variable water depths, high sea tides, and severe water salinity, the project was commissioned within the stipulated time.

The entire project is anchored to the waterbed using 134 cast pile foundations bored to 20 meters underwater to support the Central Monitoring and Control Stations and the 33/220 kilovolts switchyard.

According to the company, the security and malfunction detections of the floating solar project, the largest in India, would be tracked using CCTV cameras monitoring the operations, a first for the country. The company said that all solar modules deployed in the project were safely transported, unloaded, and stored for about 35 days.

Speaking on the development, CEO and MD of Tata Power, Praveer Sinha, said, “The commissioning of India’s first and largest floating solar project is an innovative and incremental step toward meeting the country’s sustainable energy goals. We are incredibly proud of our team’s unrelenting efforts in delivering this unique solar project that floats atop a large waterbody.”

The temporary structures (scaffolding platforms) were built on the water body to facilitate module floating for the solar project, which has a 5 MW floating inverter platform. The project is commercial operation date certified, which means the regulating authority has already approved its completion and the project is operational.

The construction involved an array of floats and solar modules that were raised underwater for 3 kilometers and inserted 15 meters deep, exposing the panels to gushing tides, often reaching a height of about 3.5 meters. However, the team successfully synchronized the 33/220 kilovolts Air Insulated Substation with the existing 220 kilovolts Gas Insulated Substation.

NTPC had floated separate tenders for 22 MW and 70 MW of floating solar projects to be set up at the Rajiv Gandhi Combined Cycle Power Project at Kayamkulam. NTPC awarded Tata Power Solar the contract in September 2019 to develop the 70 MW floating solar project. The EPC for the 22 MW projects was awarded to BHEL, which was completed in March 2022.

NTPC has a power purchase agreement (PPA) under which all the power generated from the plant will be sold to the Kerala State Electricity Board (KSEBL) through the 220 kV GIS sub-station of NTPC Rajiv Gandhi gas-based power station.

The Central Electricity Regulatory Commission has determined the interim tariff for the 92 MW floating solar project at ₹2.94 (~$0.038).

According to Mercom’s India Solar Market Leaderboard 2022 report, Tata Power Solar was one of the top three utility-scale solar EPC service providers in 2021.