Rajasthan to Allot 2,397 Hectares of Land to Adani for a 1 GW Solar Project 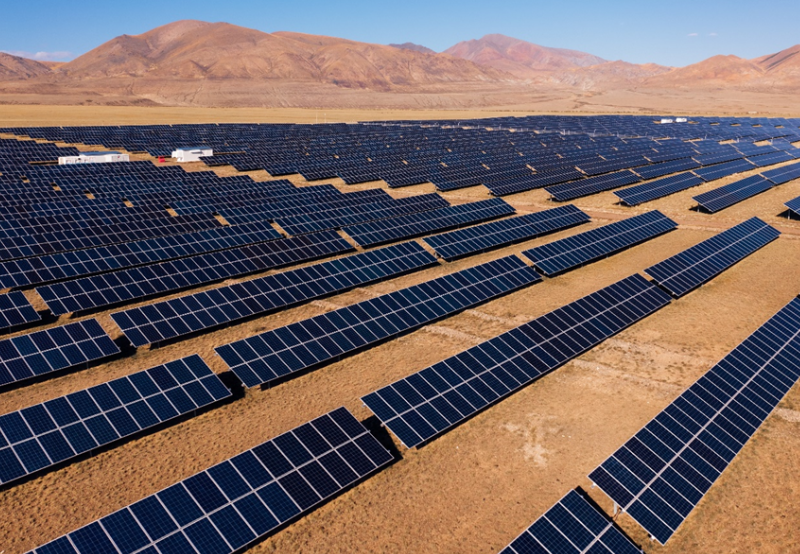 The Rajasthan Cabinet has decided to allot 2,397.54 hectares of government land in Bandha village of Jaisalmer district to Adani Renewables’ special purpose vehicle — Adani Renewable Energy Holding Four, to set up a 1,000 MW solar power project. This allotment will be made under Rajasthan Land Revenue (Allotment of Land for Setting Up of Power Project based on Renewable Energy Sources) Rules 2007.

Rajasthan is the first state in India to surpass 10 GW of cumulative large-scale solar installations, per Mercom’s India Solar Project Tracker. The total installed power capacity in the state is 32.5 GW, with renewables contributing 55%, thermal energy at 43%, and nuclear energy the remaining 2%. Solar is the predominant source, accounting for around 36% of the power capacity mix and 64% of renewables.

Under the Solar Energy Policy 2019, the state has targeted generating 30 GW of solar power by 2024-25. Utility or grid-scale solar parks will account for 24 GW, distributed generation 4 GW, and rooftop solar and solar pumps 1 GW each. To achieve this target, the government has allotted around 16,000 hectares of land to set up solar and wind energy projects.

In 2020, Mercom had reported that the Rajasthan High Court had temporarily stayed Adani’s 1,500 MW project in Rajasthan following land acquisition issues with local farmers. The Adani Renewable Energy Park had two land parcels totaling about 13,000 bighas (8,125 acres) near Pokhran in Jaisalmer. This petition involved around 6,115 bighas (3,821 acres) falling under the Great Indian Bustard (GIB) conservation area in Rajasthan. A group of local farmers had challenged the state’s decision to allocate the land to the private business house for undertaking a solar power project.

The Ministry of New and Renewable Energy has notified that all renewable energy projects under implementation, located in the habitat of the endangered Great Indian Bustard, including Rajasthan, will be granted a 30-day extension on the scheduled date of commissioning following the Supreme Court judgment. These also include the projects whose commissioning is delayed due to non-completion of project transmission infrastructure.

According to Mercom’s India Solar Project Tracker, Rajasthan has over 16 GW of solar projects under development.