Emerging Economies Like India Must Focus on Storage Technologies: Report 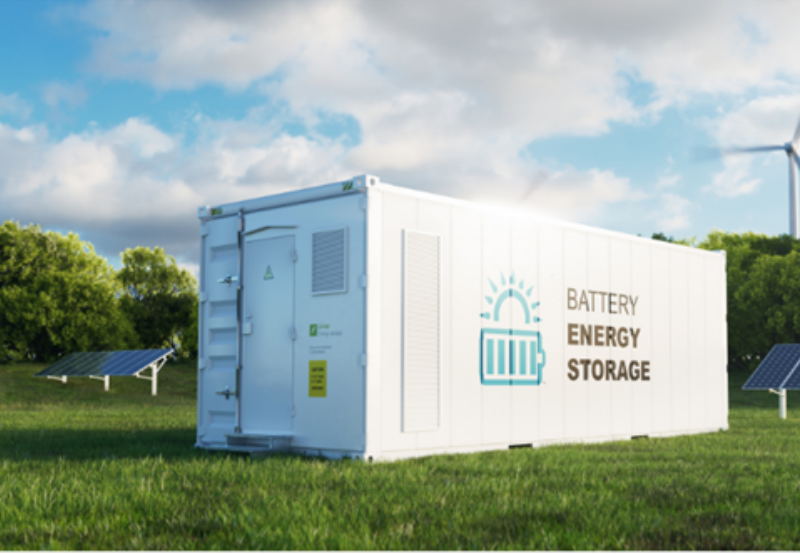 A recent report by the Massachusetts Institute of Technology’s Energy Initiative (MITEI) has studied the role of energy storage technologies with variable renewable energy resources to establish deep decarbonized electricity systems by 2050 efficiently.

The report titled ‘Future of Energy Storage’ suggests diverting government investments in analytical tools to plan, operate, and regulate electricity systems. It focuses on emerging markets and developing economies (EMDE) like India, where electricity demand is rapidly growing. The report points out that EMDEs must figure bandwidth for storage technologies to complement the power systems, including electricity generation, transmission, and demand response.

The report points out the many existing power plants in the U.S. which were shut down could be converted into essential energy storage facilities by replacing their fossil fuel boilers with thermal storage and new steam generators.

According to the findings in the report, the stored energy can make deep decarbonization of reliable electric power systems affordable. Battery storage would also help India and other EMDE nations that rely on coal for power generation and lack access to low-cost gas to decarbonize grids.

The focus of the study is centered on four types of significant energy storage technologies — electrochemical, thermal, chemical, and mechanical. The study found that electrochemical storage systems, including diverse battery variants, have enhanced energy density than mechanical and thermal storage systems but have a lower density than chemical systems.

For instance, lithium-ion batteries have high energy and power density with a higher roundtrip efficiency. Such energy-friendly properties of Li-ion batteries have made them the best suitable solution for electric vehicles and are also used in short-duration (4-hours) electricity system storage.

The study recommended the reuse of steam turbines at existing power plants and adding thermal storage and new steam generators to substitute for boilers that operate on fossil fuels. The focus is on a near-term thermal energy storage mechanism to reduce the cost of converting heat to electricity.

Currently, many developing economies produce, transport, and trade hydrogen as a feedstock for industrial processes. Water-electrolysis is one way to produce low-carbon hydrogen using low-carbon grid electricity, which can support the power sector’s decarbonization. The study classifies hydrogen as the prominent chemical energy storage.

Power consumption in India from ACs and EVs

The study focuses on supply-constrained conditions prevalent in some parts of India, where off-grid electrification systems have attracted interest from private developers and development financing institutions like the World Bank.

According to the International Energy Agency (IEA), electricity load, driven by the adoption of energy-intensive appliances like air conditioners accompanied by electrification of transport services, is very likely to grow faster than the total energy demand in India. The IEA predicts that growth-driven energy consumption could result in India’s final energy use being 81% greater in 2040 than in 2019.

The study categorizes India as a demand-driven country where understanding demand growth and patterns in future electricity use is crucial to storage use cases. For instance, the VRE capital costs in India are 50-70% lower than in the United States due to many regional factors, including cheap labor.

The study considered a baseline scenario with electricity sales projections based on currently available AC units and a high-efficiency scenario that assumes preferential adoption of efficient AC units. As per IEA, the sales-weighted average SEER for AC units in India was 3, while the global average stood at 4.

While central AC systems using efficiency measures such as variable refrigeration are common in America, the Indian markets are occupied mainly by cheaper but less efficient split units. The model used NITI Aayog’s estimates from 2018 for future EV sales and the government targets to address the EV charging demand in India.

The study projects the electricity demand from EV charging to be relatively modest compared to the AC in India, both in annual and peak consumption. The findings contrast with projections for developed economies like the United States and Europe, where the growth in electricity demand is primarily expected from EV charging, with consequences for long-term grid evolution.

Energy storage combined with variable renewable energy resources is one of the most promising solutions for the Indian power sector. Recently, Union Power Minister R K Singh informed Parliament that India would likely require around 1,650 billion units of power, and the peak power demand will reach about 389 MW in 2022-23.

Another report by the World Bank published in 2018 projected that India’s total installed power generation capacity had increased from 154.7 GW in 2007 to 345.5 GW in 2018, making it the third-largest electricity producer globally.