The report, tabled in Parliament a few days ahead of the Union Budget, also suggested assisting project developers with various risk mitigation instruments

Concerns about tumbling tariffs and frequent Power Purchase Agreement (PPA) renegotiations were just a few of the items highlighted by the Economic Survey 2018, which was tabled in Parliament by Union Finance Minister Arun Jaitley. The report also suggested that current subsidy and incentive mechanisms for the country’s renewable energy sector be revisited in light of recent developments.

The economic survey is a precursor to the Union Budget 2018 which is set to be tabled on February 1, 2018.

The report found that PPA renegotiations are likely to face tough resistance from developers and may result in legal battles. It noted, “This introduces uncertainty for the sector and banks, which are already facing the issue of NPAs, and may become apprehensive about lending to the sector in the future. There are cases where developers have already made huge investments into renewable energy projects based on an expected stream of revenue. One of the principal expectations from the government is the enforcement of PPAs. This is especially crucial considering the government’s ambitious target of achieving 175 GW of renewable energy by 2022.”

The trend of negotiating for lower PPAs emerged after a series of aggressive bids by renewable project developers drove tariffs to record lows in 2017.

One of the most notable instances was seen in the Bhadla Solar Park Phase III auction held in May, which for the first time generated bids with tariffs under the ₹2.50 (~$0.038)/kWh mark. In that auction, ACME quoted a record-low tariff of ₹2.44 (~$0.037)/kWh that was almost 6.9 percent lower than a previous low tariff of ₹2.62 (~$0.0405)/kWh quoted just days earlier in the Bhadla Phase-IV Solar Park auction.

Solar projects were not the only ones to see tariffs drop surprisingly low last year. In December, wind power tariffs dipped slightly below solar’s record low to reach ₹2.43 (~$0.038)/kWh in Gujarat Urja Vikas Nigam Ltd’s 500 MW auction in Gujarat. That tariff was also a whopping ₹0.21 (~$0.003)/kWh below the previous low wind tariff of ₹2.64 (~$0.0413)/kWh quoted in October for a Solar Energy Corporation of India project.

Although the discovery of record-low tariffs through the auctioning process has been welcome news for many in the sector, it has also been an underlying factor driving the trend of distribution companies (DISCOMs) demanding their signed PPAs be renegotiated.

The trend was apparent in September 2017, when Mercom reported on the renegotiation of tariffs by Jharkhand’s DISCOM for 685 MW of solar projects that have been stuck in limbo awaiting PPA signing for more than a year.

A month earlier, it was also revealed that the Uttar Pradesh New and Renewable Energy Development Agency (UPNEDA) had similarly been granted a downward revision to the tariff quoted for a 5 MW solar project commissioned in Uttar Pradesh.

The report noted that other DISCOMs have hinted at the possibility of renegotiating even more PPAs that were signed at higher tariffs than those quoted in the recent record-low bids.

These tariff renegotiations come as the Indian government is pushing efforts to expand the domestic renewable energy sector. The Economic Survey 2018 said, “Renewable energy has been placed under the priority sector lending and bank loans for solar roof-top systems are to be treated as a part of home loan/home improvement loans with subsequent tax benefits. Currently, the levelized tariff is approaching grid parity. There is a case for revisiting the subsidies and incentives being given to the renewable energy sector.”

To help alleviate these issues, the report suggested making risk mitigating instruments such as a payment guarantee fund or a foreign exchange fund available to developers. 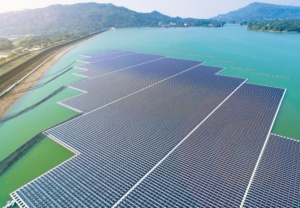 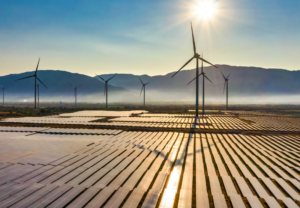 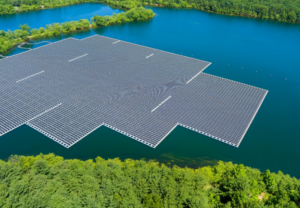