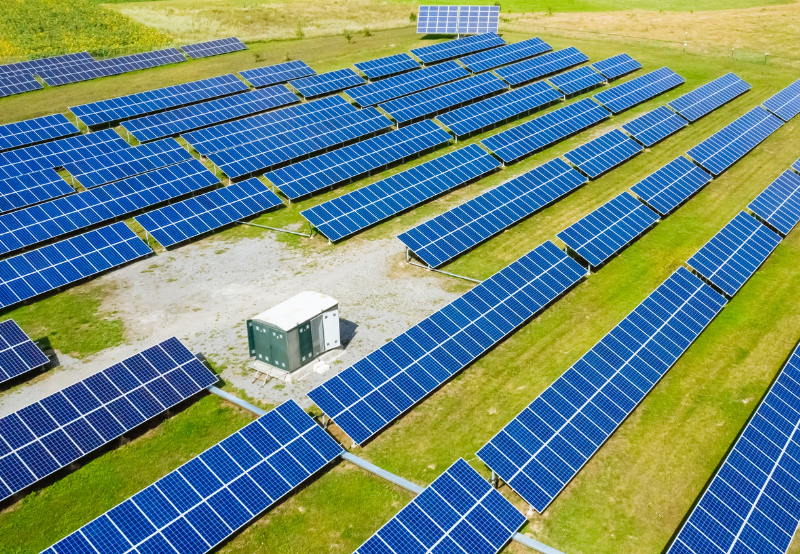 The Central Electricity Regulatory Commission (CERC) recently directed the Solar Energy Corporation of India (SECI) to compensate a solar developer for the additional cost incurred due to the imposition of goods and services tax (GST) on an annuity basis.

Regarding the increase in recurring O&M expenditure and carrying cost, the Commission said that the issues would come up for further hearing in due course of time.

Solar Edge Power and Energy had filed a petition seeking compensation to offset the financial impact of the ‘Change in Law’ event on account of the imposition of the GST laws.

On June 14, 2016, SECI issued a request for selection of solar power developers for 450 MW of grid-connected solar power projects under the National Solar Mission (NSM) Phase-II, Tranche-III in Maharashtra. Solar Edge Power and Energy was selected to set up a solar power generation facility with a capacity of 130 MW in Maharashtra.

Later, the petitioner entered into three separate power purchase agreements (PPAs) with SECI. Two PPAs were signed for setting up solar power projects of 50 MW each and one for setting up a solar project of 30 MW, respectively. Per the PPAs, the commissioning date was December 23, 2017. SECI also executed a back-to-back power sale agreement (PSA) with the Maharashtra State Electricity Distribution Company (MSEDCL) for the sale of power.

The petitioner and SECI had reconciled the ‘Change in Law’ claims relating to the enactment of GST laws. SECI submitted that the reconciled claim was sent to MSEDCL, which neither commented upon nor objected to the said amount.

Subsequently, the Commission disposed of several petitions seeking similar reliefs under the ‘Change in Law’ clause. Several of these decisions were appealed before the Appellate Tribunal for Electricity (APTEL).

APTEL set aside the Commission’s orders regarding the ‘Change in Law’ claims.

The Commission observed that the petitioner had entered into three separate PPAs for 130 MW with SECI, and as per PPAs, the scheduled commissioning date was December 23, 2017. On July 1, 2017, the GST laws were introduced. Also, the enactment of GST laws was squarely covered as the ‘Change in Law’ clause. The state regulator noted that the petitioner and SECI had reconciled the GST claims, and MSEDCL had not objected to the same.

Further, the Commission added that it was the liability of SECI and MSEDCL to ensure that monthly annuity payments started from the 60th day from the date of the order. In case of a delay in the annuity payment beyond the 60th day, a late payment surcharge for the delayed period would apply as per the PPAs/PSAs.

Regarding the increase in recurring expenditure (O&M) and carrying cost, the Commission tagged it with other petitions for further hearing.

Last December, CERC rejected a solar energy developer’s compensation petition for the additional tax burden on operation and maintenance expenses and carrying costs due to a ‘Change in Law’ event.

Earlier, CERC had directed SECI to compensate a solar developer for the additional cost incurred due to the imposition of GST laws on an annuity basis. The Commission noted that the introduction of the GST laws was a ‘Change in Law’ event per the provisions of the PPA.