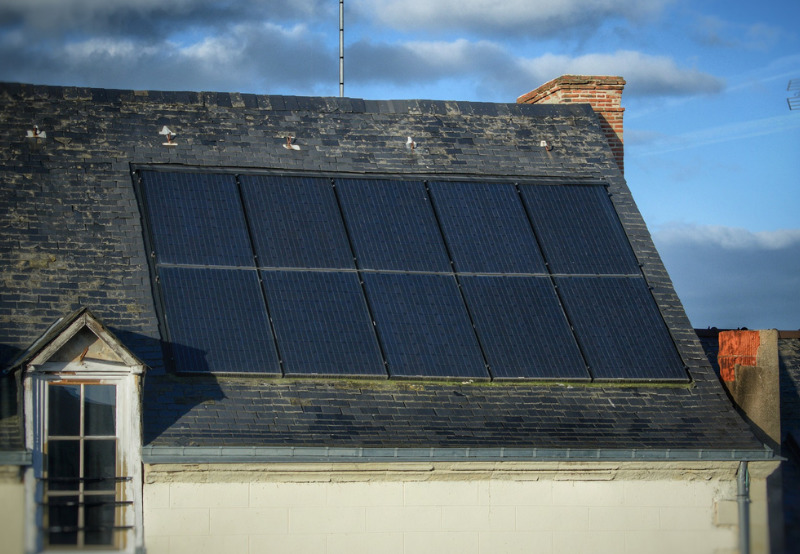 The solar industry believes the Gujarat government’s new solar policy is a mixed bag of positive and negative initiatives for the sector.

The Gujarat government announced the new ‘Gujarat Solar Power Policy 2021’ recently with incentives for residential, commercial, and industrial rooftop solar developers. The policy will be valid until December 31, 2025.

The industry thinks that introducing banking surcharges for consumers will be a significant barrier to the growth of the solar sector in Gujarat. However, it welcomes the removal of the existing ceiling of 50% of the contracted load for setting up rooftop solar systems.

The new policy aims to promote the growth of the solar sector in the state by encouraging micro, small, and medium enterprises (MSMEs) to use solar energy, which would help bring down their operating cost.

Mercom spoke to several solar companies to get their views on the new solar policy.

There will be no banking surcharge for residential consumers and government buildings. The cross-subsidy surcharge and additional surcharge will not be applicable for captive power projects. However, these charges will be the same for third-party sale and open access consumers.

Shobhit Rai, Director at Prozeal Infra Engineering, a Gujarat-based solar engineering, procurement, and construction company, said banking charges of ₹1.10 (~$0.015)/kWh for MSME consumers, and ₹1.50 (~$0.020)/kWh for others, would adversely affect consumers. “The banking charges are very high compared to any other state, and it will reduce the savings of consumers. This will adversely affect the growth of the sector in Gujarat.”

Mukesh Gohil, Partner at Jayraj Solar, a Gujarat-based solar energy solutions provider, echoed similar views. He said that banking charges would become a barrier to the sector’s growth and negatively impact both consumers and developers.

“In August 2020, the Gujarat government announced that the power cycle for calculating the consumption had been increased from 15 minutes to 7 AM-6 PM to further ease the process of utilizing rooftop solar power in MSMEs. However, this policy is not implemented yet in the state. So, we do not know when this new policy will be implemented,” he said.

The new policy allows residential, commercial, and industrial consumers and projects set up for third-party sale to sell power to the state DISCOMs. They will have the freedom to set up solar projects for self-use. There will be no ceiling on the projects’ capacity.

Rai added that doing away with the 50% ceiling was a positive step. “As there will be no restriction on the contracted load, companies operating during the daytime will be able to meet around 70-80% of their overall energy consumption and save on energy bills.”

Parth Cholera, Business Head of Solar Division, Umiya Enterprise, said, “With the removal of 50% ceiling on the contracted load, consumers will be able to satisfy their total energy demand with renewable sources while increasing their savings on electricity bills.”

“Moreover, the new policy allows consumers to install solar systems on roofs or premises and lease them to third parties. These two steps will help the sector grow in the state,” he said.

No clarification on net metering or gross metering

Last month, the Ministry of Power issued The Electricity (Rights of Consumer) Rules, 2020 laying down the rights of power consumers to a minimum standard of service. One noteworthy provision in the rules mandated net metering for loads up to 10 kW and gross metering for loads greater than 10 kW. Recently, Mercom reported that this new provision had caused widespread anxiety among stakeholders who fear that it may decimate the Indian rooftop solar segment.

Gohil stated that the new Gujarat solar policy did not mention anything related to the implementation of net metering or gross metering process. Developers were awaiting clarity on this front. “Gross metering for over 10 kW projects can have a major negative impact on the sector’s growth in the state.”

Cholera also agreed with Gohil that if gross metering is made mandatory for over 10 kW projects, the sector will be hit.

Gujarat has a reputation for promoting rooftop solar. The state is number one and is home to 25% of the country’s rooftop solar systems, according to Mercom’s Q3 2020 India Solar Market Update.